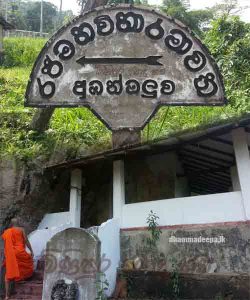 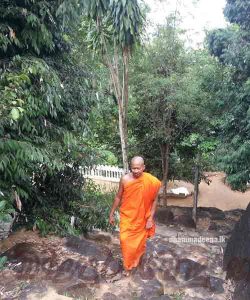 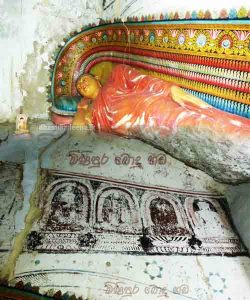 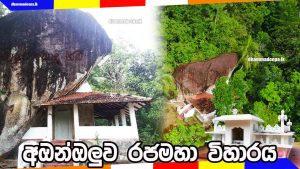 (Translated by Google)
An ancient temple located in the Ambanoluwa Kanda mountain in the Moragala Grama Seva Division in Udapattuwa, Kuruwita Korale.

The pottagul monastery is unparalleled in the Batakomba cave and Batatota cave in Kuragala. Similar to the ditches found in the caves built during the reign of King Walagamba, it is less clear. Recently there has been some formulation. The officer in charge of the area once told me that archeology officers are suspicious about this.

The statue of Buddha resting in the cave is a painting of the Kandyan period. It appears to have been set up several times.

The Buddha statue is also made out of clay. Archaeological officials say that the dye has been painted. The Buddha ring attached to the statue is a line drawing.

On the wall near the entrance to the stall is a soldier with a hairy sword and a firearm in his hand.

The paintings belonging to the Kandyan period have been rebuilt during the reign of a Sithvaka. There is also a Bali image near the entrance.

The cave that was built during the reign of King Walagamba is also believed to have been a statue and paintings of the Sithvaka kingdom.

The Eheliyagoda Madarasinharamaya art gallery and the Ambanoluwa cave temple are now being protected under the patronage of the Department of Archeology.

From 1910 to 1964 Venerable Parusselle Wimalatissa Thera was appointed as the Viharadhipathi.

There is no mention of any innovations or constructions in his time. Even the towers of the old entrance gate collapsed.

The present tile fragments bear witness to the fact that the abode house and the synagogue had roofed Sinhala tiles.

The country has been tiled to a Sinhala tile roofing building. Among the ancient Sinhala tiles were a few tile-free tiles. Those tiles were probably 1832 roofed tiles.

It is evident that there was some development in the period from 1800 to 1900. It was here that the fragments of the goddess Magal were found.

In the meantime, the statues and splendid sketches are preserved and preserved. Seven fragments of dwarf images have been seen. There is a fragment of the image of a broken idol holding ornamenting a left sash with ornaments.

After the demise of Dhammathilaka Thero, the Most Venerable Haththapitiye Piyadassi Thero became the head of the temple.

“My teacher gave me a large forest with a large forest. No way to get to the Vihara Mall was prepared. It was a dilapidated collapse. The alms hall was initially built with the help of donors and philanthropists. 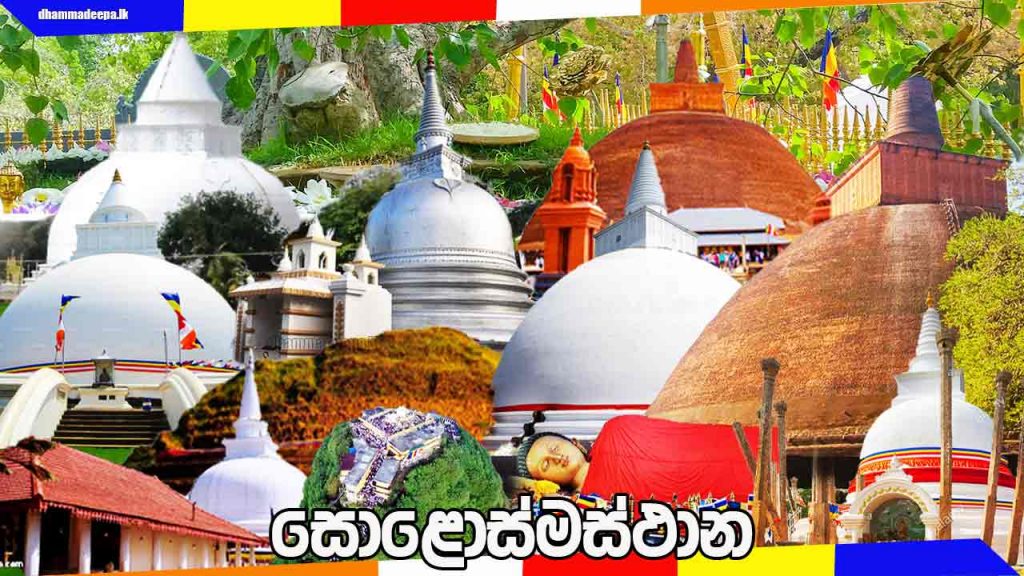 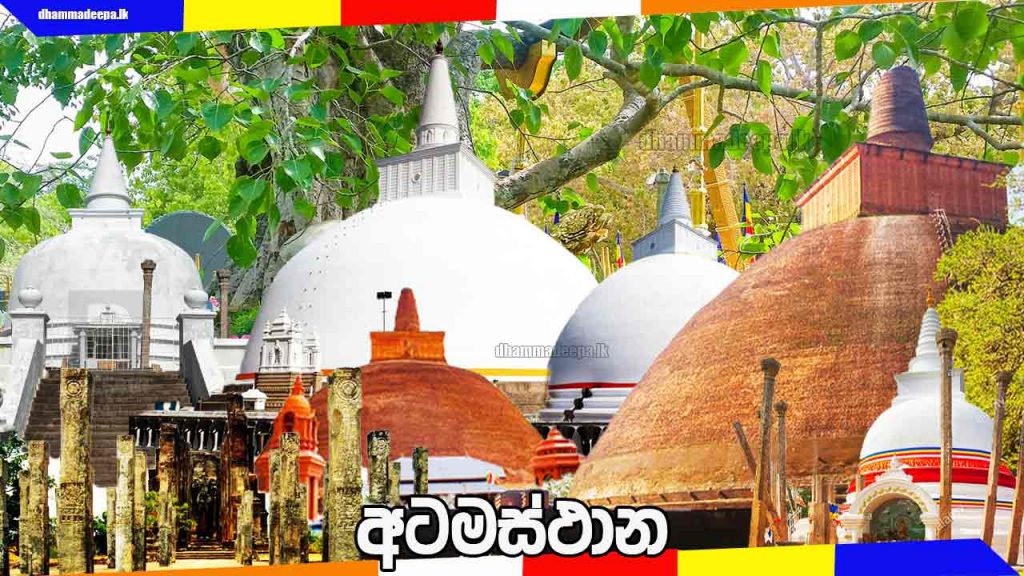 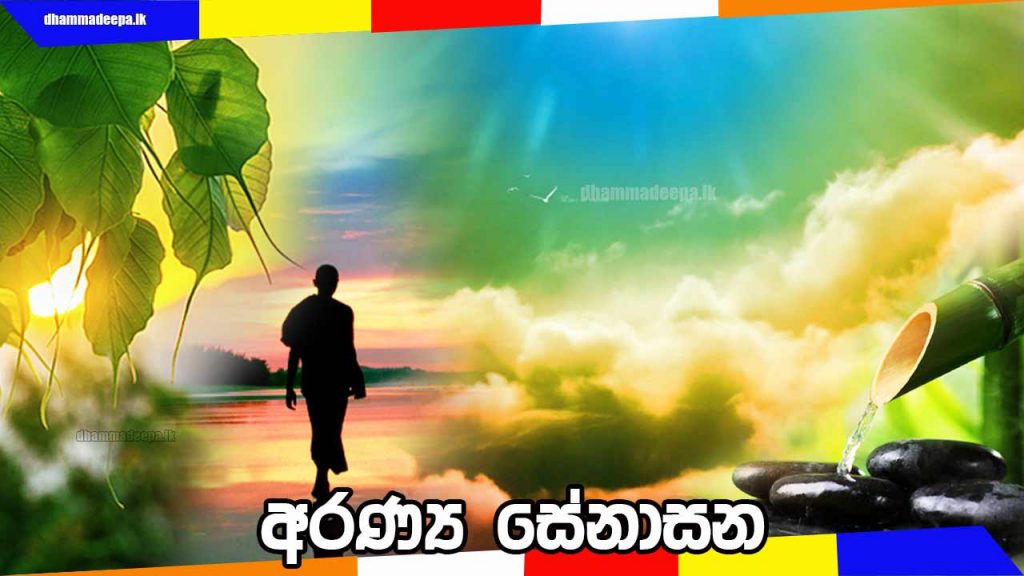 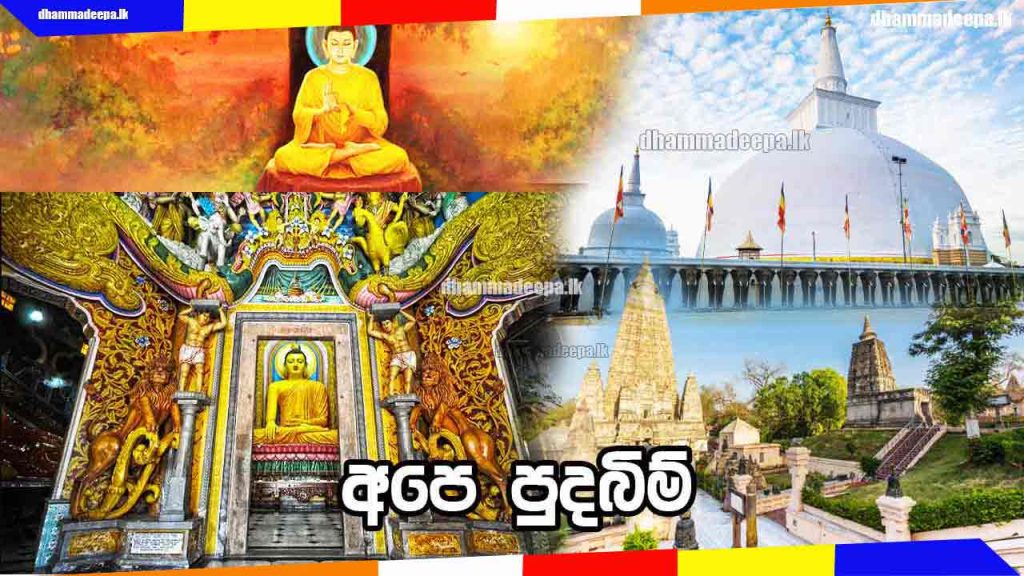